Based on the popularity of our last Downton Abbey Post, we have decided to recreate an appropriate riding ensemble for our  modern day Marys.  We are thrilled that our fairest heroine has at last married, but who could forget the heartstopping riding scene with Kemel Pamuk (Theo James) from Season 1.  If you didn’t see what transpired later, you just have to go back to PBS Masterpiece Classics to catch up on every titillating twist and turn.  It is interesting that women wore long skirts and rode side saddle until the early 1900s, and there are even some who still do and compete in the discipline.  Today in the hunt field, men who have earned the privilege wear scarlet coats – while women wear black or blue.  For this equestrian-chic Downton Abbey inspired look, we chose a rich, dark color palette with blacks and deep crimson.  What a perfect ensemble for a holiday in the countryside . . . or city-side. 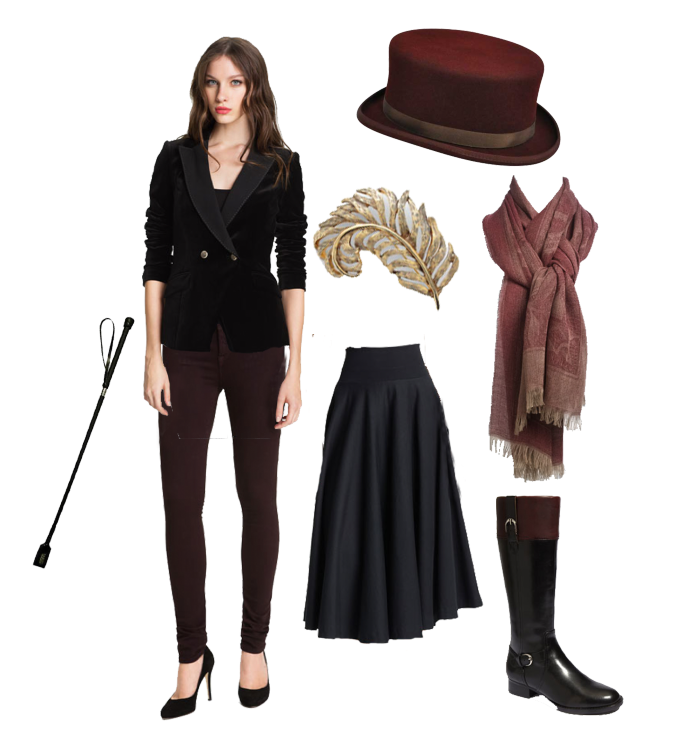