If there is one thing you need to do this season it is go to The Metropolitan Museum’s exhibition Alexander McQueen: Savage Beauty. The stunningly beautiful retrospective celebrates the late Alexander McQueen’s innovative and utterly exceptional contributions to the fashion world. The Met galleries take you through his 1992 Central Saint Martins postgraduate collection to his final runway presentation, taking place after his death in February 2010. One finds it hard to fathom such a prolific career in 19 years. The emotions that occur while walking through over 100 ensembles is daunting, witnessing utter beauty mixed with sometimes quite horrific and exaggerated pieces. After all, it is hard to see the light without the dark, isn’t it! The exhibition will be on view from May 4 – July 31. For further information please go to MetMuseum.org 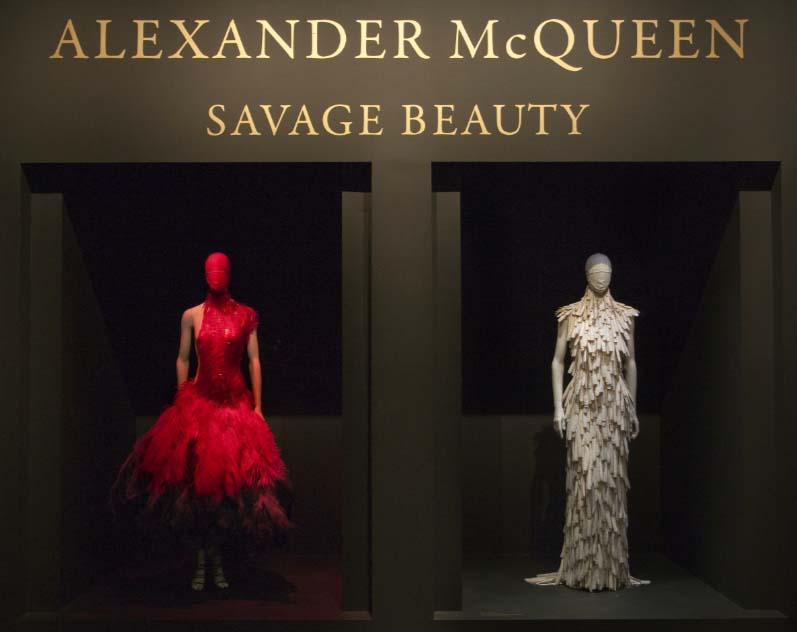 “His fashions were an outlet for his emotions, an expression of the deepest, often darkest, aspects of his imagination.  He was a true romantic in the Byronic sense of the word – he channeled the sublime.” – Andrew Bolton, Curator of The Costume Institute 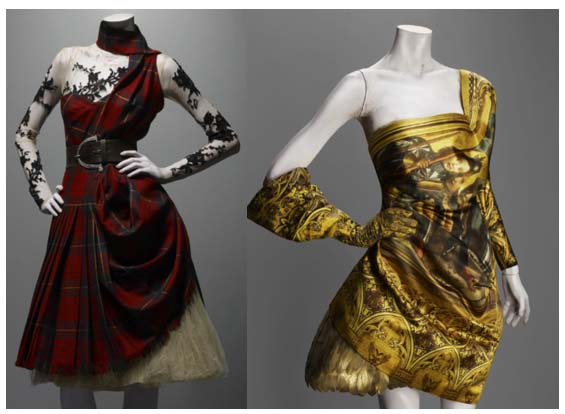 Kate Moss in a 3D hologram for Alexander McQueen’s 2006 Runway Show by: Niall Donnelly & Brendan Morrissey with music by John Williams from the film Schindler’s List