What to Wear Wimbledon

Coming up on our all time favorite sports spectating  Wimbledon Championships at The All England Lawn Tennis and Croquet Club.  Drama began early in the tournament as Serena Williams was knocked out in the first round by Harmony Tan. But that won’t be the last of the nail biting matches as players vie for this prestigious title. June 27- July 10 All England Lawn Tennis and Croquet Club

When women first began to play tennis in the 1860s, heavy materials such as flannel and even wearing a bustle were deemed appropriate.  It was Maud Watson, who won the first Wimbledon Ladies’ championship in 1884, who popularized the white tennis apparel trend. She favored whites simply because they reflected sunlight and masked perspiration, but to this day Wimbledon still requests that players hold to the tradition of competing in white. And thank goodness, that traditions are yet upheld in this esteemed cathedral of the sport.

Ralph Lauren is once again a sponsor of this distinguished tournament, And we chose a collection of apparel that can be worn on and off the court. When in London, a brolly is a must-have for the unpredictable weather and this one is so handsome!

For what to wear to spectate a day or evening of exciting matches, we channeled our inner Kate Middleton and shopped the updated classics at Ralph Lauren for some great looking summer frocks. we kept the colorway simple and summery with crisp navy & white, alone or combined with stripes or florals. We often call this “The Eastern Seaboard” palette. Pair it with bright gold accessories for ship shape look, right at home anywhere in the world. For shoes, either sneakers, low heeled sandals, a wedge, or a thick heeled sandals has all of your footwear options covered. Don’t forget your sunnies and a hat to complete the Wimbledon look.

Ralph Lauren is a National Treasure and one of the few brands who can successfully create a Couture Collection as well as more accessibly priced fashion.

Can’t get to The Championships this year?  To listen live, check scores, watch videos of matches, or for a televised schedule, go to Wimbledon.com. It is the most comprehensive source for not just The Championships but all other facets of the game, it’s history and the greats who make it so. 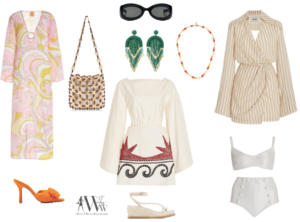 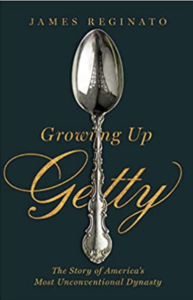 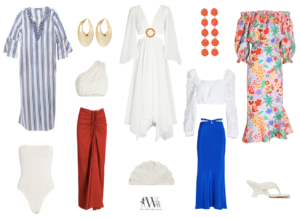 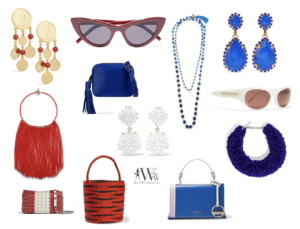