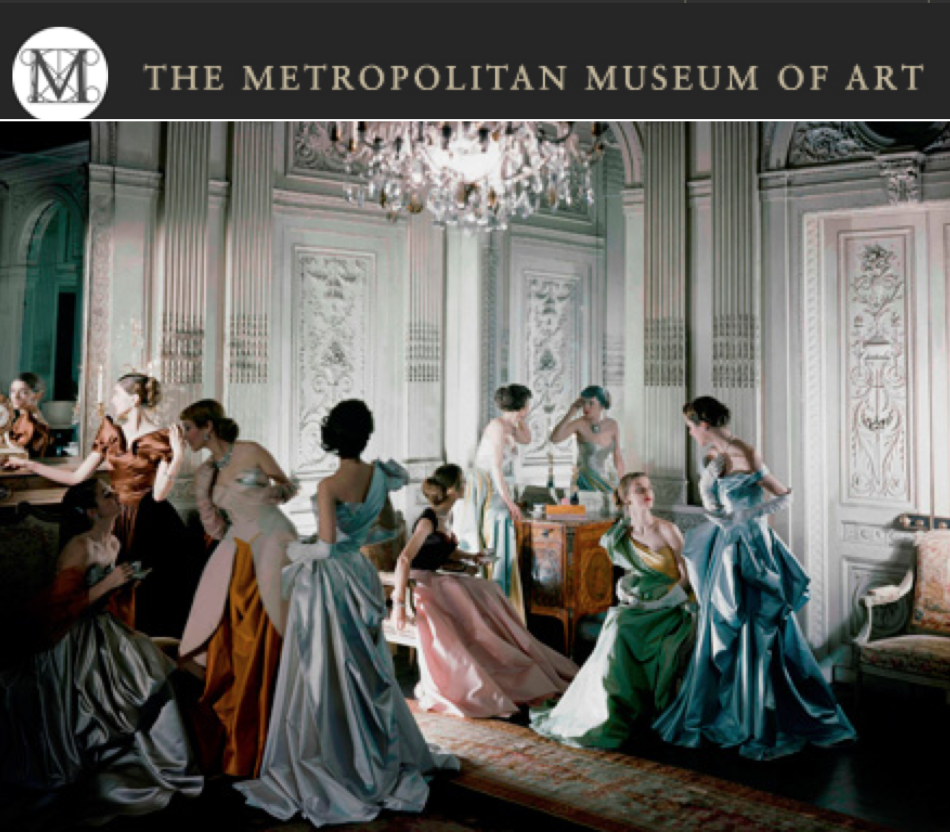 THE MET BALL! Without a doubt, it is THE Party of the Year, the East Coast Oscars, the gathering of glittery, the fabulous and famous, all assembled in glorious homage to glamour and fashion.   On May 5, Chairs Aerin Lauder and Co-Chairs Bradley Cooper, Oscar de la Renta, Sarah Jessica Parker, Lizzie and Jonathan Tisch, and Anna Wintour  will reign over the kingdom of fashion.  The year’s Metropolitan Museum Costume Institute Gala is even more exciting that usual as The Costume Institute’s new Anna Wintour Costume Center will open on May 8 with the inaugural exhibition Charles James: Beyond Fashion, on view from May 8 through August 10, 2014, which will examine the career of legendary 20th-century Anglo-American couturier Charles James.

For what to wear to make an entrance on the dazzling Red Carpet, which stretch all the way up the tented iconic steps to the soaring Entrance Hall?   What? Your dress didn’t arrive?  You received a last minute invitation?  Someone must be near death but fear not!  NET-A-PORTER to the rescue with their same day delivery in NYC.    So while the infant fashionistas and starlets dress to stand out, you can make your own grandly confident entrance with this feminine Notte by Marchesa Blush Chiffon gown that will float along the galleries and onto the dance floor.   We admire this year’s shade of blush, for its soft, sensuous appeal so we carried it throughout this elegant ensemble.

Spring Vision of Floral and Blush 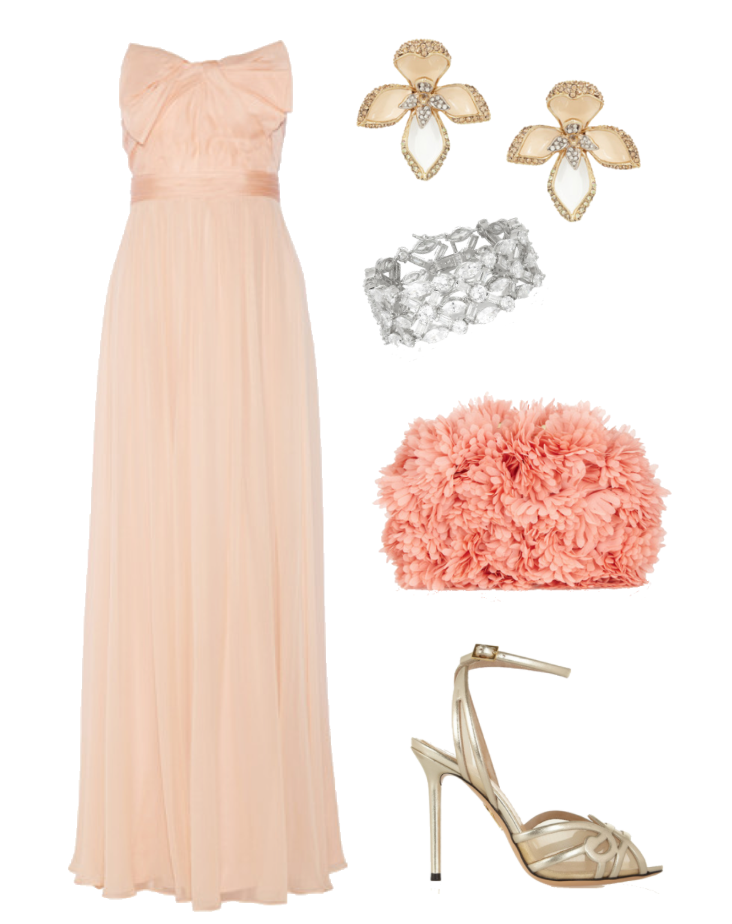 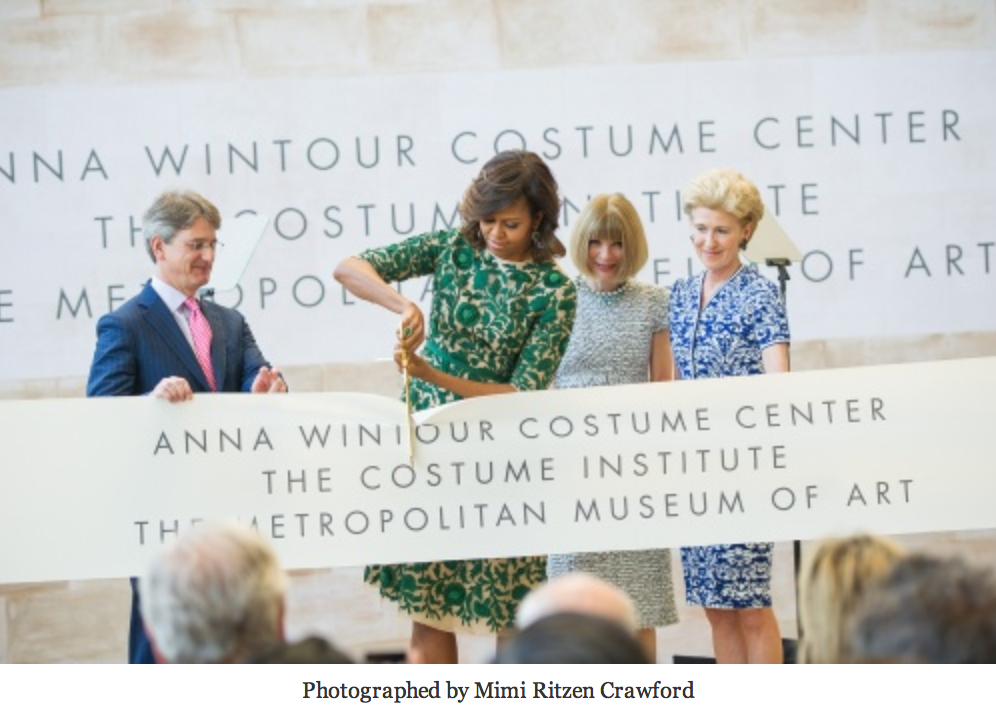 The Costume Institute’s new Anna Wintour Costume Center will open on May 8 with the inaugural exhibition Charles James: Beyond Fashion, on view from May 8 through August 10, 2014, which will examine the career of legendary 20th-century Anglo-American couturier Charles James (1906–1978).  The exhibition will be presented in two locations–the new Lizzie and Jonathan Tisch Gallery in the Anna Wintour Costume Center as well as special exhibition galleries on the Museum’s first floor. “Charles James was a wildly idiosyncratic, 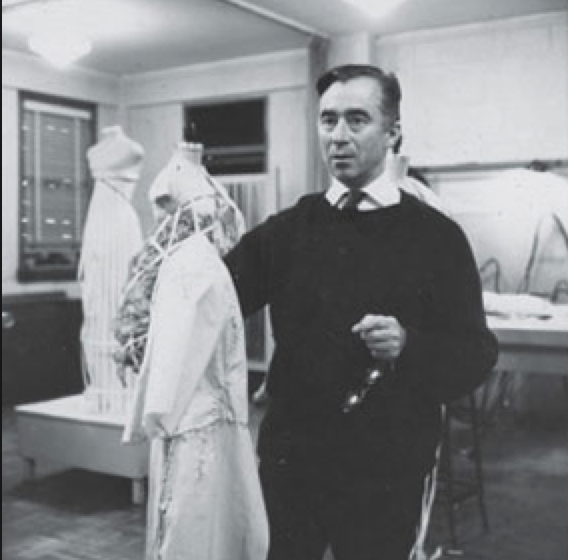 emotionally fraught fashion genius who was also committed to teaching,” said Harold Koda, Curator in Charge of The Costume Institute.  “He dreamt that his lifetime of personal creative evolution and the continuous metamorphosis of his designs would be preserved as a study resource for students.  In our renovated galleries, we will fulfill his goal and illuminate his design process as a synthesis of dressmaking, art, math, and science.”   The exhibition will explore James’s design process and his use of sculptural, scientific, and mathematical approaches to construct revolutionary ball gowns and innovative tailoring that continue to influence designers today.”

We were thrilled to take a sneak peek at the Press Preview and view the grand opening of the Anna Wintour Costume Center. The museum is bustling with excitement and activity as throngs of design teams are pressed into service, insuring that the big event is a  flawless tribute to Fashion’s First Lady.  And by the by, the rumor is that Michelle Obama who is cutting the ribbon at the dedication, will also be attending the fashion’s most fabulous fête. 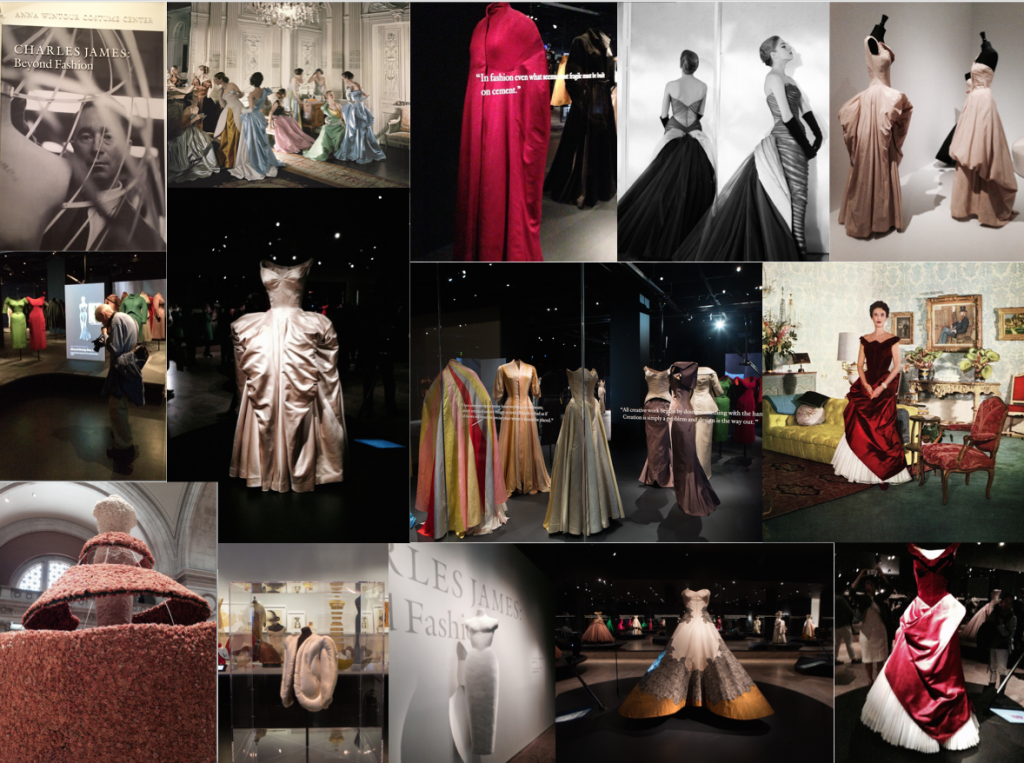 Watch this amazing video of the Exhibit by Vogue Magazine