EDITOR’S NOTE:  We are reposting one of our most read articles from New York Social Diary. Hope you enjoy it!

At this time of year some of us have ginger plum fairies dancing in our heads,  the young among us listen for the prancing of each little hoof, and the rest of us are dashing through the snow for last minute shopping, whilst an intimate group of young women are engaged in the time-honored tradition, known as the Debutante Ball.   On certain evenings late in December, the City becomes a collage of stills from a Whit Stillman film, as diaphanous Debs frothed in white satins and silk, gather together for this celebratory right of passage.

The tradition is not new, it began in ancient times as a ritual that presented young girls of royal heritage to substantial and worthy suitors, defined as title, kingdom, power, money.  The consummation of the ties greatly assisted both families politically, socially and financially.   Alliances were formed, territories created, and fortunes won by advantageous coupling.

David Patrick Columbia  presents a witty and fascinating history of the phenomenon in Diana Oswald’s “Debutantes, When Glamour was Born,”    “It was a rite of passage a ritual with a specific and practical use – finding husbands – and it had a lot riding on it.  Those who didn’t succeed often became governesses or nuns.  Or spinsters.”

The Brits and Europeans brought the process to an art form as rules were detailed and strictly prescribed.  Young girls had very little access to the opposite sex until they “came out” in society.   According to DPC, “ By the late seventeenth and early eighteenth centuries, the rich Europeans “civilized” the process by presenting the young lady to “society” in a decorous fashion that nonetheless was as clearly intended as if she were put on a sales block and sold to the highest bidder.”

Enter the monied Americans, eager to embrace British and European formalities and lifestyle as their own.    Feminine offsprings’ “coming out” in society became a way of life for the wealthy and privileged in both the north and south.   It was often the role of the mother to propel a young girl’s forward momentum into a coveted class. The Husband Hunters: American Heiresses Who Married into the British Aristocracy is a book (or Audible)  I highly recommend for a lighthearted look back into a certain period of the country’s social history.   Those not deemed suitable for “taking their bow”  in New York and other cosmopolitan cities, were whisked off to Europe to snag a titled husband, thus trading daddy’s new found fortune for a Duke, or a Lord, or eureka, a Prince!  They returned stateside seeking and receiving a  newly acquired status on the arm of distinguished darlings, thus turning the tide on their previously diminutive stature.

As recent as the late ‘40s, presentation was still a prelude to marriage.  Even for smart, stylish, sophisticated women there was not an abundance of employment opportunities save as a wife and hostess.

Throughout its history as social chronicler, NYSD has published several articles on the subject,  highlighting  “debutantes of the year” as published by Town & Country and Life Magazine while following their fates and foibles.   The level of notoriety generated by these chosen few is likened to the frenzy of today’s young celebrities, minus the incessant instagrammable moments.  But no crown was without its cross, as in the case of  Joanne Connelley, When Dreams Came True.

Another provocative read is the 2011 NYSD column, The Debutante, Then and Now.  In it DPC observes,  “The world of Jacqueline Bouvier, the world of debutantes, as it were, began changing when the boys (and girls – but mainly boys) came home from the war in Europe. Their own children, the first post-War/post-Depression babies, the so-called Boomers, would be brought up with other ideas, including Civil Rights and Women’s Lib. The children of this generation would complete that change.”

And yes they did!   It is a gross understatement to note that times have changed for modern day debs.    It was inevitable due to our American spirit and independent attitude.  Young women’s opportunities in life are no longer limited to finding a husband in college and pursuing a Mrs. Degree.   The history of debutantes in this country traces the path of change and our shared gestalt.   The 60s brought racial and sexual awareness.  The status quo was no longer accepted by the country’s committed youth, the favor of debutante balls waned . . . but did not disappear altogether.    My favorite image from the Osbourne book is this portrait of Francine LeFrak with pal, Andy Warhol.  How young, how happy!   Paper foil dresses were very much in vogue.

Hilary, Ridgely and their parents,  Nicole and Derek Limbocker were also featured in the book.

Hilary’s presents a delightful description of her family’s tradition.  “For my family it was a tradition to participate in the Debutante Balls. It was something our Mother had done in Wilmington Delaware, where she grew up, and we would do the same in New York City. For me it was more about the party and the fun than anything else. And fun we had!! When my daughters reached the age to participate I can’t say they were thrilled but they ended up having,  literally .. a ball. Dancing the night away surrounded by family and friends was an amazing way to kick off the holiday season. As the mother of two debs I took care in choosing what to wear. I like simple necklines and fitted festive gowns for the evening. As Karen notes below, it is a night to unlock the safe and bring out your best bling .. real or faux. And these dresses not only highlight your neckline but also have plenty of room for a jewel or two.”

For the Balls that we experienced, girls are expected to wear a simple white gown, devoid of sprinkles or sparkles, opera length kid gloves and white pumps.   Many other parties have no such ensemble requirements,  but I prefer the starkness of these presentations that create a dramatically stunning visual impact for the attendees and their families.

Note:  An Opera Length or 16 button glove should be worn through cocktails and receiving line, then taken off when you arrive at the table for dinner.  “Button” refers to the length.  They can be put on again for dancing but it is the choice of the wearer.  Mousquetaire gloves run actual buttons along the wrist to allow the wearer to remove her hands and neatly roll the fingers up, then return to position after the meal.  They are  so named for the resemblance of the livery of Andre Dumas’ heroes  Les Trois Mousquetaires.

Mothers of the debs and guests are expected to wear gowns but of no particular color, and gloves are not required.   For our what to wear moment, I was inspired by these ruffled jewel-tone gowns – garnet, sapphire, and emerald. The deep rich shades reflect the festivity of the seasonal celebrations.   This would be the right time to open the vault for your “very good” jewelry, or invest is a pair of faux sparkling statements.   A small clutch and a little more bling on your toes and you have a classic look for Winter Formal Attire, whether a Ball, a Black Tie Wedding or a Formal Dinner at Home.

Escorts and fathers of the debs wear White Tie also known as Full Evening Dress.  A black tailcoat is worn over a white shirt, white waist coat and a white bow tie.   Black trousers and patent leather shoes complete the dashing attire.  For the escorts of the debs, white gloves are also indicated.  It is an ensemble worn at state dinners, very formal weddings and other celebrated occasions.

As a note of irony, when I pulled the Debutante book off of my shelf, next to it was contemporary artist’s Rachel Lee Hovnanian’s catalog from her 2009 exhibit, The Power and Burden of Beauty.  I sent this photo to Hilary, who responded “LOL, timing is everything”.

Rachel presents an intellectual point of view of the subject that we are discussing.  Growing up in Texas, Rachel was well aware of the psychology of the Texas Beauty Queen, where a pleasing visage and demeanor was the most important aspect for advancing in the world, that is by snagging a husband.  In her work, Rachel creates iconographic symbols of  everyday items.

Some fun snaps from Rachel’s Trilogy Project at the  Leila Heller Gallery last summer where everything was pink, positive and 99.9% pure.

The best shot was Hilary smashing the porcelain bars of Ivory Soap!

Well doesn’t that feel good.  Today, we value intelligence, character, forthright opinions and sure, taking a hammer to the constraints of the past.   Hallelujah!

If you want a little holiday treat, watch this trailer from Metropolitian. 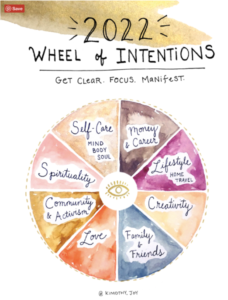 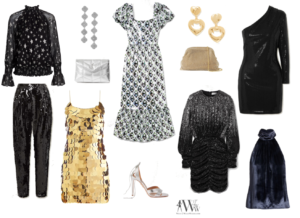 By Hilary Shimmer And Shine 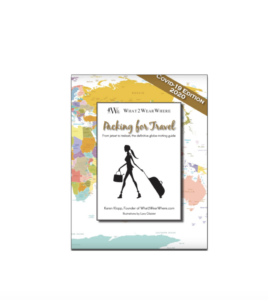