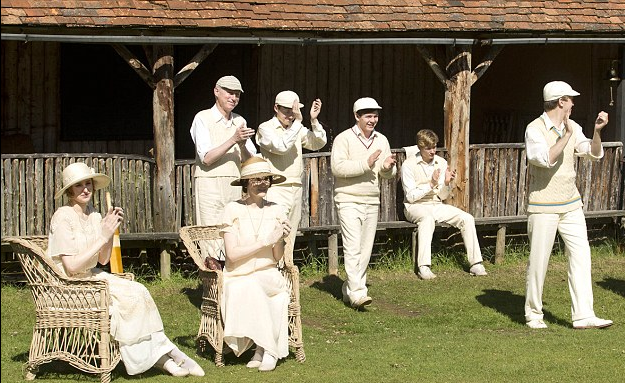 One of our favorite scenes from PBS Masterpiece Classic, Downton Abbey is undoubtedly the Cricket Match where the family and staff comes together to achieve a great victory for the home team.  Cricket was first played in southern England in the 16th century and by late in the 18th century, it had become the national sport of England.   From Wikipedia we learn that Cricket is a unique game where in addition to the laws, the players have to abide by the “Spirit of the Game”.  The standard of sportsmanship has historically been considered so high that the phrase “it’s just not cricket” was coined in the 19th century to describe unfair or underhanded behaviour in any walk of life.   Here the sport is a metaphor for the very heart and soul of the series – personal sacrifice for the greater good, whether home, country or sport.  Our tech weary souls are refreshed by the old-fashioned values of character and loyalty in upholding beloved traditions.  We were so inspired by the dress of the spectators that we went in search of a modern day look to capture the purity of the mood, whether watching cricket or polo, or attending a garden party.   The romance of the Ralph Lauren lace knit dress, combine with the simple elegance of pearl jewelry and topped with a Organza Brimmed Sun Hat combine to set the stage for an elegant ensemble. 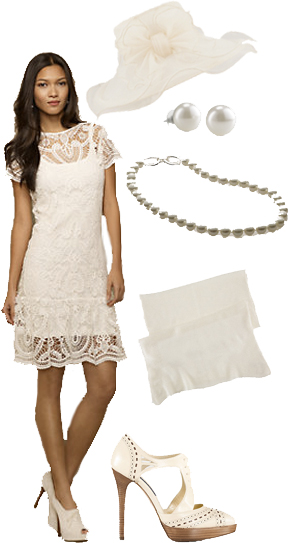