Night at the Museum, held at the Nantucket Whaling Museum is an epic evening immersed in Nantucket’s rich maritime history, with great grog and grub and dancing to a lively band. It is an opportunity to support the Nantucket Historical Association and take a stroll on deck through the featured exhibit Nantucketers and Their Boats.   Who knows what spirits you will encounter at this monument to the past and its relentless heros who conquered seas just over a century ago.

Artist and Board Member Anne Marie Bratton, a Nantucket treasure herself, describes the wonder of the event, “Night at the Museum” is the grand finale of Design Week, benefitting the Nantucket Historical Association.  And it is the most fun party of the summer. It is a magical evening of dinner, dancing and a silent auction of Nantucket’s finest treasures. Signature cocktails will be served on the Whaling museum rooftop, gracing us with a view of the harbor and a starry sky.  A delicious dinner will be enjoyed beneath the whale in the Nantucket Whaling museum. Dress is cocktail blue and white, adding to the nautical atmosphere. Sophie Donaldson, Editor & Chief of House Beautiful will be one of the many Design Luminaries attending this special evening .  Honorary Chairmen are Janet and Rick Sherlund. Phoebe Tudor is The Chairwoman for Nantucket By Design week and she never disappoints! Hopefully Karen Klopp and Hilary Dick can give us guidance on ideas of what to wear!”

When packing for travel, whether a weekend or a week, we recommend choosing a color scheme to simplify the process.   The recommended attire for the party is Cocktail Blue and White – such a crisp, nautical suggestion – so we shopped Halsbrook for a trio of dresses to pack for every occasion.   The Gretchen Scott Navy Blue is an easy pull on for lectures and lunches, throw the Sail to Sable over your bathing suit for wandering through the local shops and peddling your way out to the beach, and the LK Bennett Blue Gingham is a salty choice for the museum party. And they are all so well priced, you can splurge a little on the accessories.

Hilary at the helm

As usual, Hilary sails through on a chic breeze.  “I went to Net-a-Porter.com to choose my blue and white cocktail attire. These dresses are easy to dress up or dress down depending on the occasion. I am partial to the brand Sea and thought this white lace trimmed dress was perfect. And if you are feeling bold enough to show a bit of midriff, the Michael Kors option is a no brainer at this price. Though not a fabulous Nantucket lightship basket, I thought this white wicker bag a fun addition to any summer look”

This hook-shaped patch of sand, 30 miles out to sea has been shaped by water, winds and the shifting whimsies of Mother Nature.   Some believe that it will cease to exist in another few hundred years, vanishing back into the sea. Nantucket or “far away place”  is sometimes referred to as the “Grey Lady” as it is often shrouded in fog and sea spray.

It’s history is familiar and fascinating.   The island was settled in the 1600’s by colonists seeking  religious freedom. The early settlers tried their hands at farming, when this proved unsuccessful, attention was turned outward to the sea.   Islanders set sail to the open water in search of bounty and fortune, never looking back. Sperm whales were their prey and by the late 18th and early 19th centuries, Nantucket became the whaling capital of the world and among the wealthiest communities in the country.   Nantucket whaling prowess was known around the world as ships circumnavigated in search of these beasts of the sea.

It was a grueling occupation, gone for years at a time.  Anyone who has read Herman Melville’s Moby Dick has had a glimpse into the terror of a “Nantucket Sleighride.”    When sighting a whale, small boats rowed close beside and harpooned the vast creature, causing it to fight for its life.   The sailors hung on for theirs as well, as speeds reached 30 knots and more. When the whale was spent the men that survived, felled the beast and butchered their prize.

As kerosene replaced whale oil, the tides of fortunes reversed on the island and by the late 1800’s the population dwindled.  Nantucketers abandoned the island to pursue other opportunities. This pensury proposition eventually proved fortuitous to the island.  Those that remained had no funds to update buildings and cottages, thus they were left unchanged for over a century. Today, even the new construction adheres to a simplistic New England style – white clapboard, faded grey shingles, picket fences, vibrant climbing roses and great profusions of hydrangeas.

The result is a charming and picturesque destination, attracting thousands of visitors and summer residents who seek its rustic simplicity.   The old wharves, cobblestoned town and Main Street, scads of shops and restaurants, some of the most breathtaking beach beaches and bike paths leading to them makes this island a must-go for those who haven’t had the pleasure and a must-return for those who have.

We asked our friend and lifelong Nantucketer, Vanessa Diserio to share some of her favorite haunts.   Her mother, Erica Wilson, known as the First Lady of Stitchery, opened the eponymous shop 45 years ago.   Vanessa now runs the boutique, stocking it with everything you need to enjoy the island in style. Vanessa’s Dad, also a fixture on the island, was the iconic furniture designer, Vladimir Kagan.

Here are Vanessa’s picks for Nantucket

Don’t Miss:    Sunset from Madaket Beach, with take out fish tacos from Millies!

To this I would add, a visit to the Nantucket Whaling Museum and the other historic sites and collections that the Nantucket Historical Association preserves in its mission to  “to tell the inspiring stories of Nantucket through its collections, programs, and properties.”   And what wonderful stories there are to discover on this island set out in the sea. 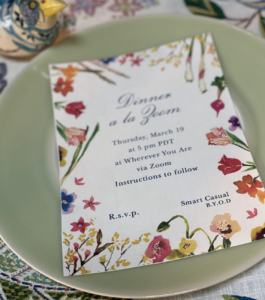 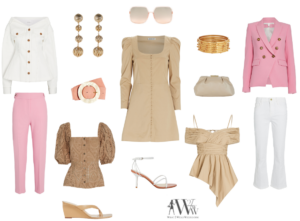 Spring It By Hilary 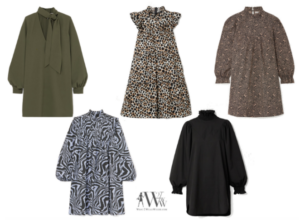